The project on Avenue Molière involves an in-depth renovation of a prestigious town house.
The living spaces were deprived of light and cut off from the garden. The house offered few connections to the exterior.
The project develops a sequence of volumes in which emptiness is entitled to its own space.
The house therefore benefits from several frameworks, not reducing the possibilities to a single view, but proposing a distinct and varied scenography for each room.
The glass curtain wall stimulates interaction with the landscape inside the city block, breathing life into the main rooms. 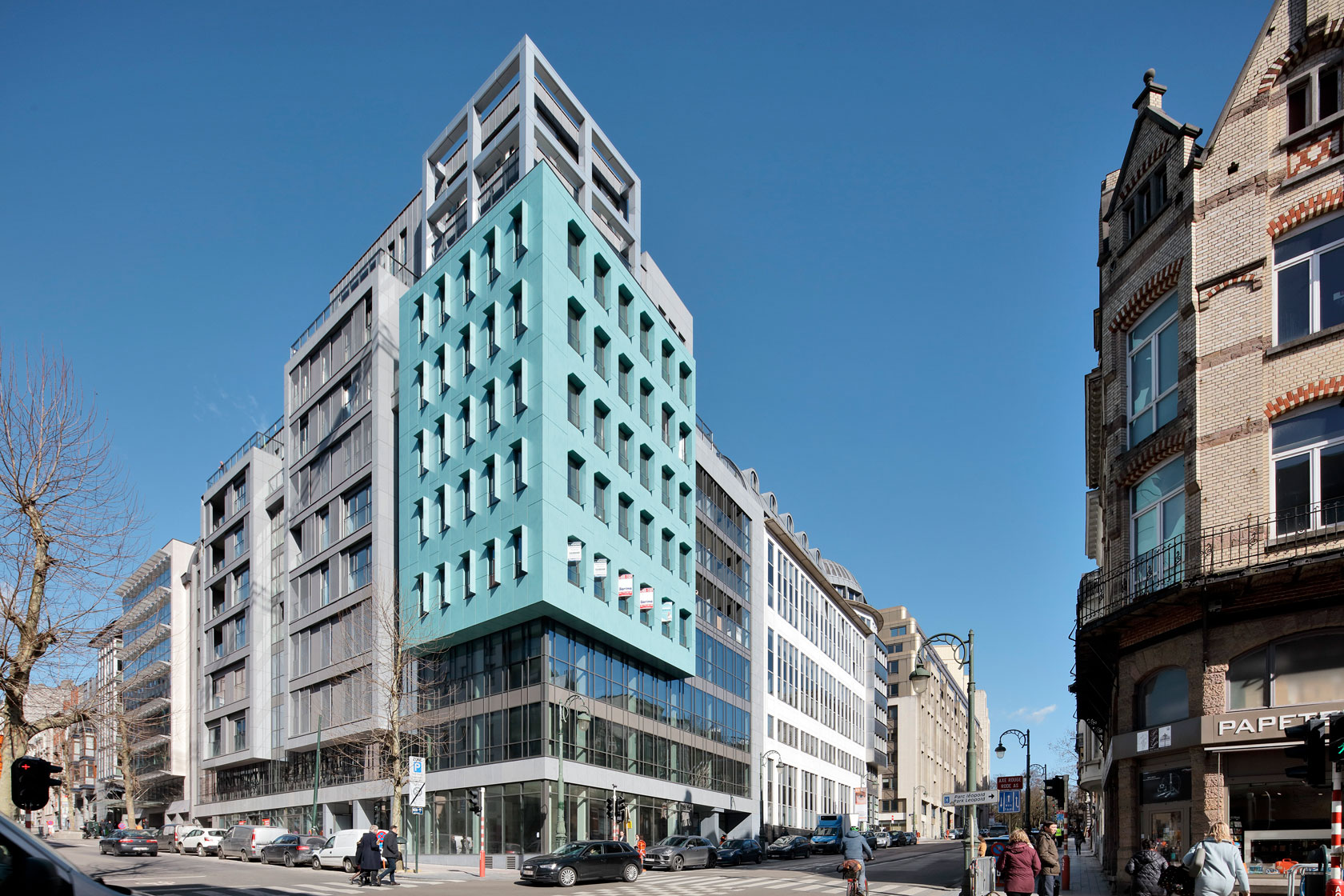 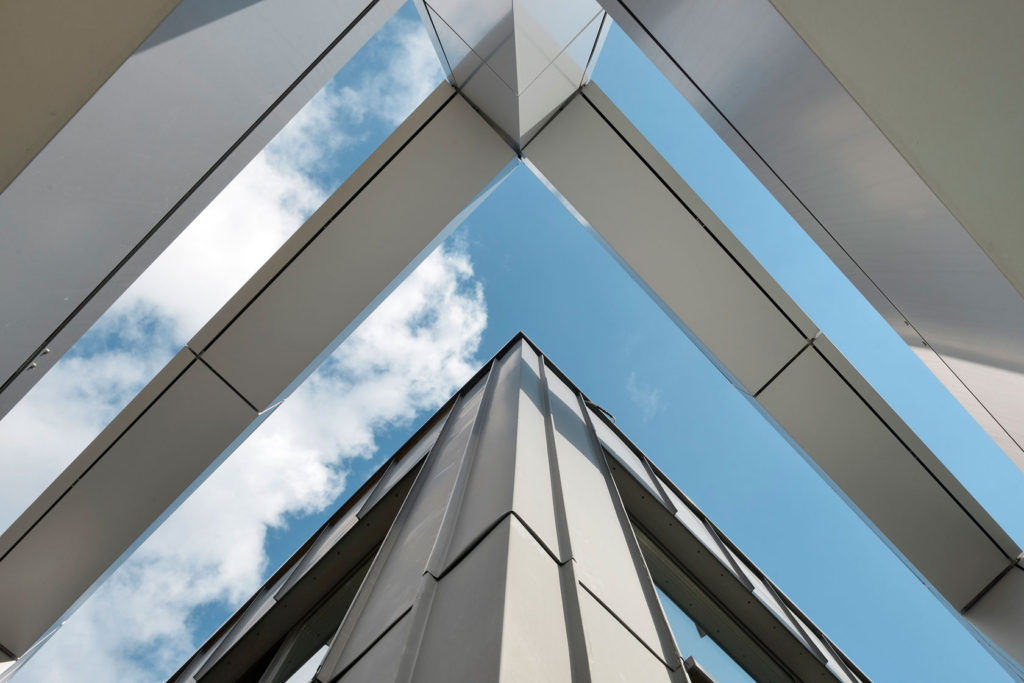 The project involves the demolition of a set of rather dilapidated buildings and the construction of a mixed building complex at the heart of the European Quarter.

The proposed architecture makes it possible to retain, through a harmonious set of varied vertical elements, a structural reference to the typology of the Brussels cityscape. In addition, significant elements are used on the angle to draw attention, giving a signal referent to the building. These elements also serve as eye-catchers in terms of urbanism through the existence of two streets, two roads towards locations as different as Rond-Point Schuman, the Cinquantenaire and Place Jourdan.

Lastly, a slight gap between the first floor and the game of the angular façade on both superior levels helps impress on the viewer’s memory these angular elements which have long characterized the urban buildings by mastering this verticality in a timeless way. 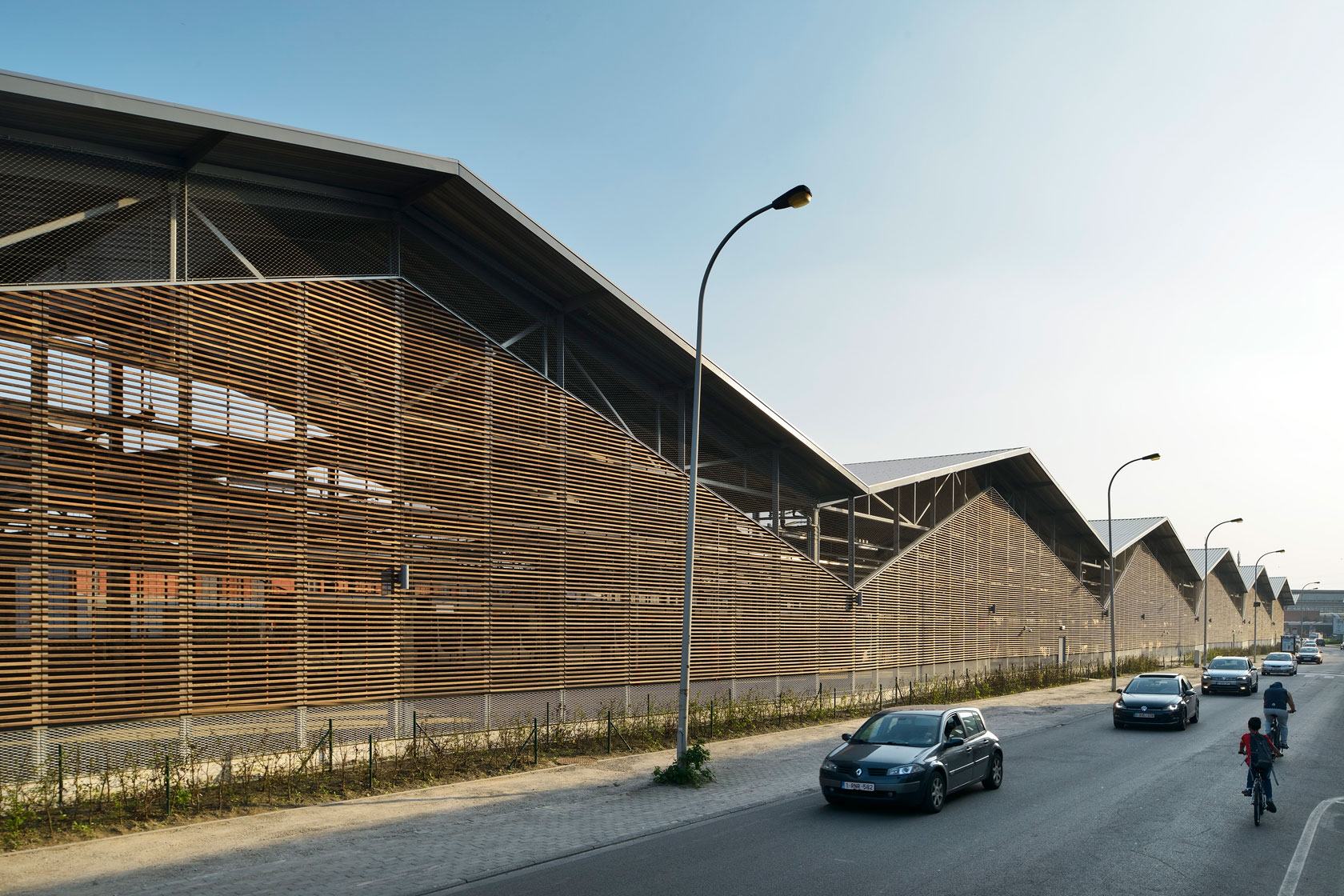 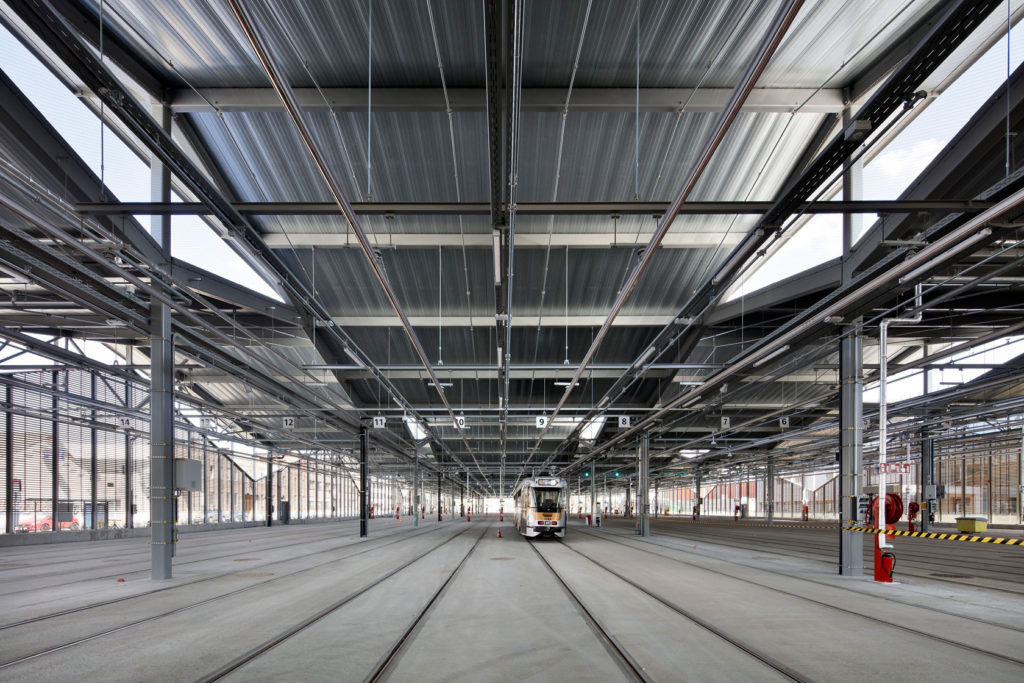 The project developed by Altiplan Architects for the Brussels public transport company STIB after a tender for project management answers the increase in the number of passengers on public transport in Brussels.
The project enables the storage and maintenance of the new, outsized trams.
The complex has become a reference in terms of depot-workshop for trams in the Brussels Region and beyond.
The architecture articulates the project in two entities: the storage abutting the public space and composed of ventilated façades in wood and a metallic folded roof, and the workshop housed in a closed concrete volume enabling the proper acoustic control of the mechanical activity.
Between these two main volumes lies the building housing the administrative department and the personnel’s social services. 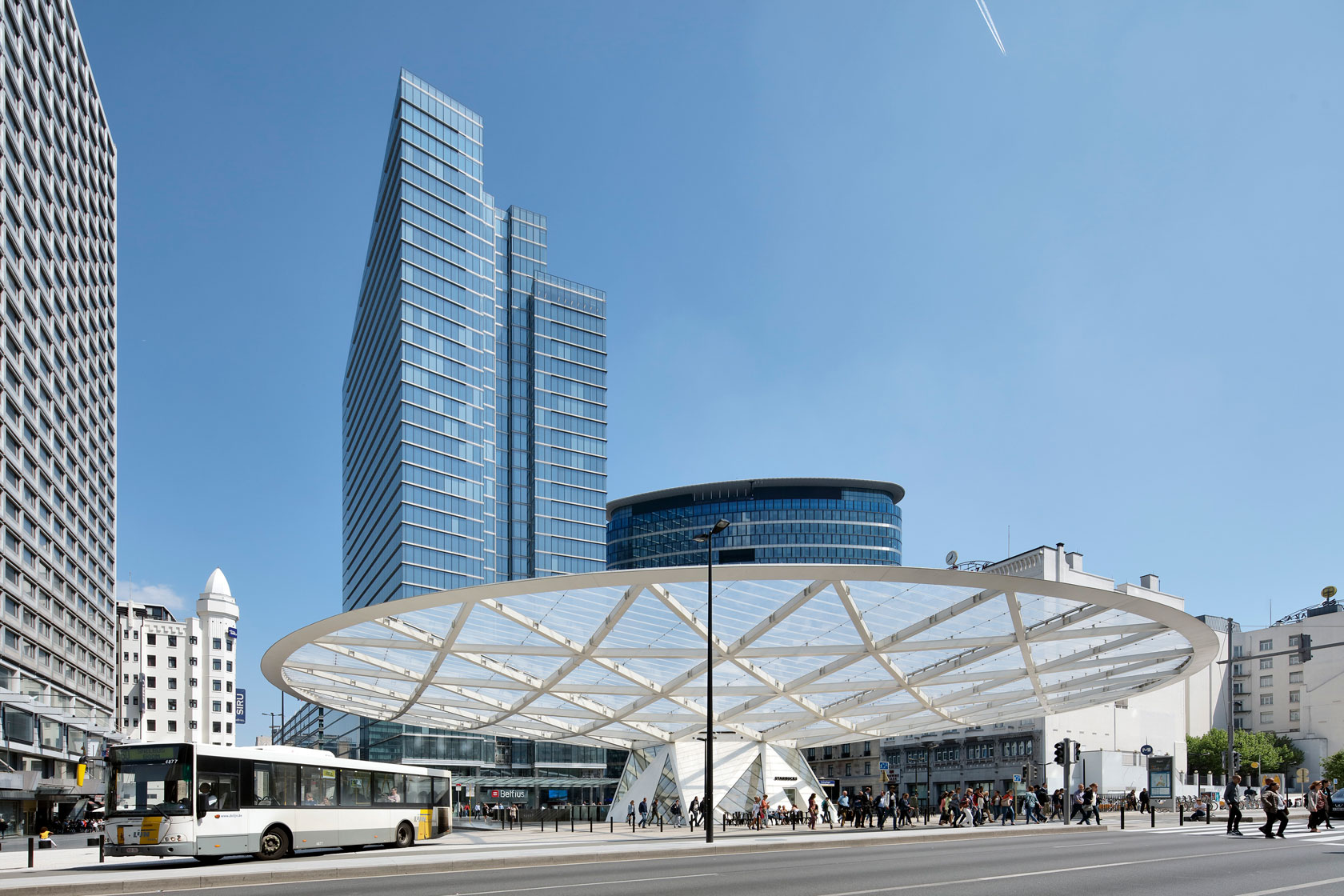 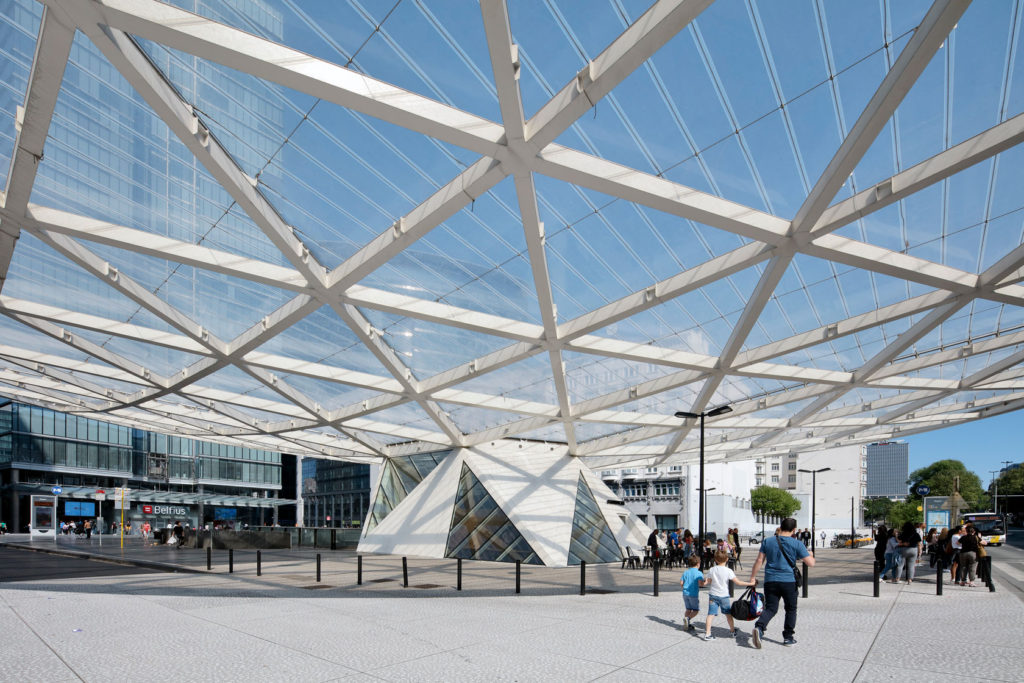 Renewal of Place Rogier and Boulevard Botanique, with the renovation of Rogier metro station.

XDGA’s winning design for Place Rogier in Brussels and its surroundings unfolds on a number of levels.
On the square itself, a generous patio has been carefully excavated into the subterranean levels. The patio not only provides daylight to what are traditionally dark and artificially lit spaces but also acts as a connector, linking and facilitating the smooth interchange of passengers to and from the street level to the intermodal transit hub. An enormous floating canopy with a diameter of 64 meters covers not only the patio but also a bus stop, a signifiant portion of the square and even a part of the Brussels inner ring road. Together with the redesign of the square and its surrounding streets, the project represents a daring new approach to the relationship between public space and public transport in the city. 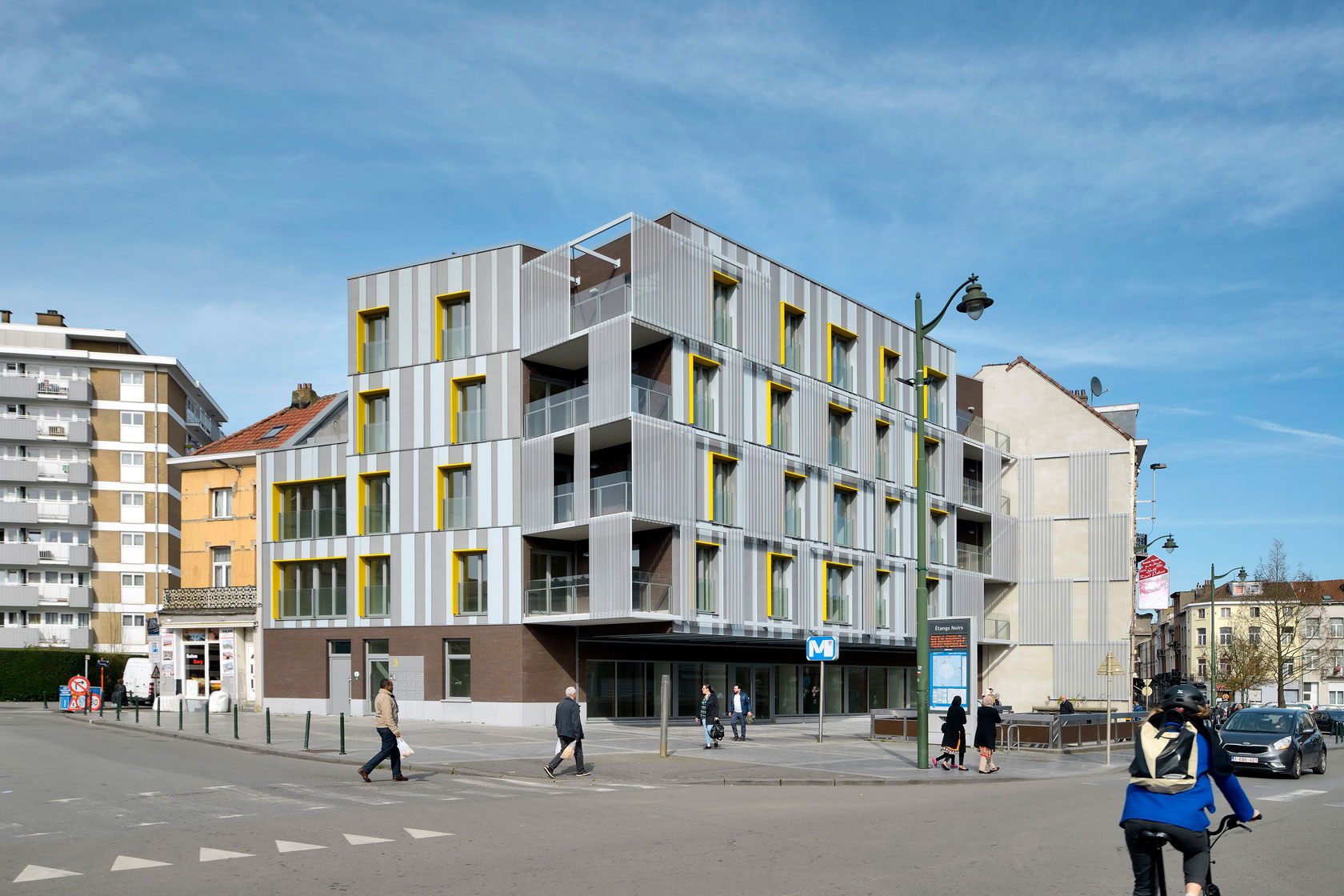 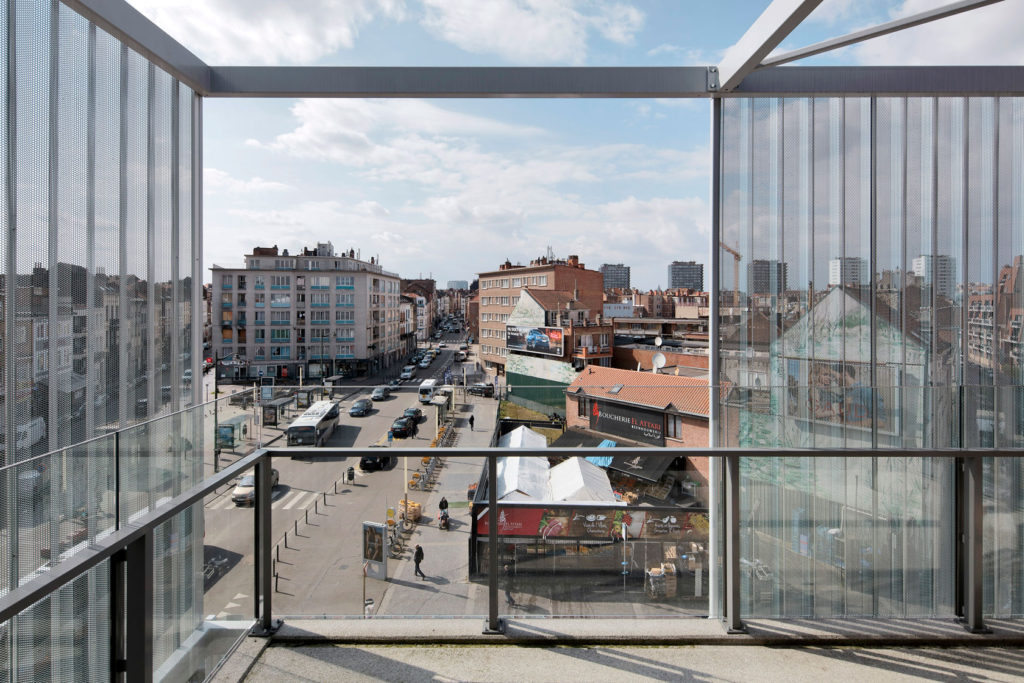 Located at the level of the ‘Étangs Noirs’ metro station in Molenbeek-Saint-Jean, this corner building, of a passive type, comprises ten housing units and a shop on the ground floor.
Since the street side gets a lot of sun, terraces have been suspended above the public space.
These terraces are arranged behind a second façade consisting of a metal trellis that filters out views so as to preserve the intimacy of the inhabitants. 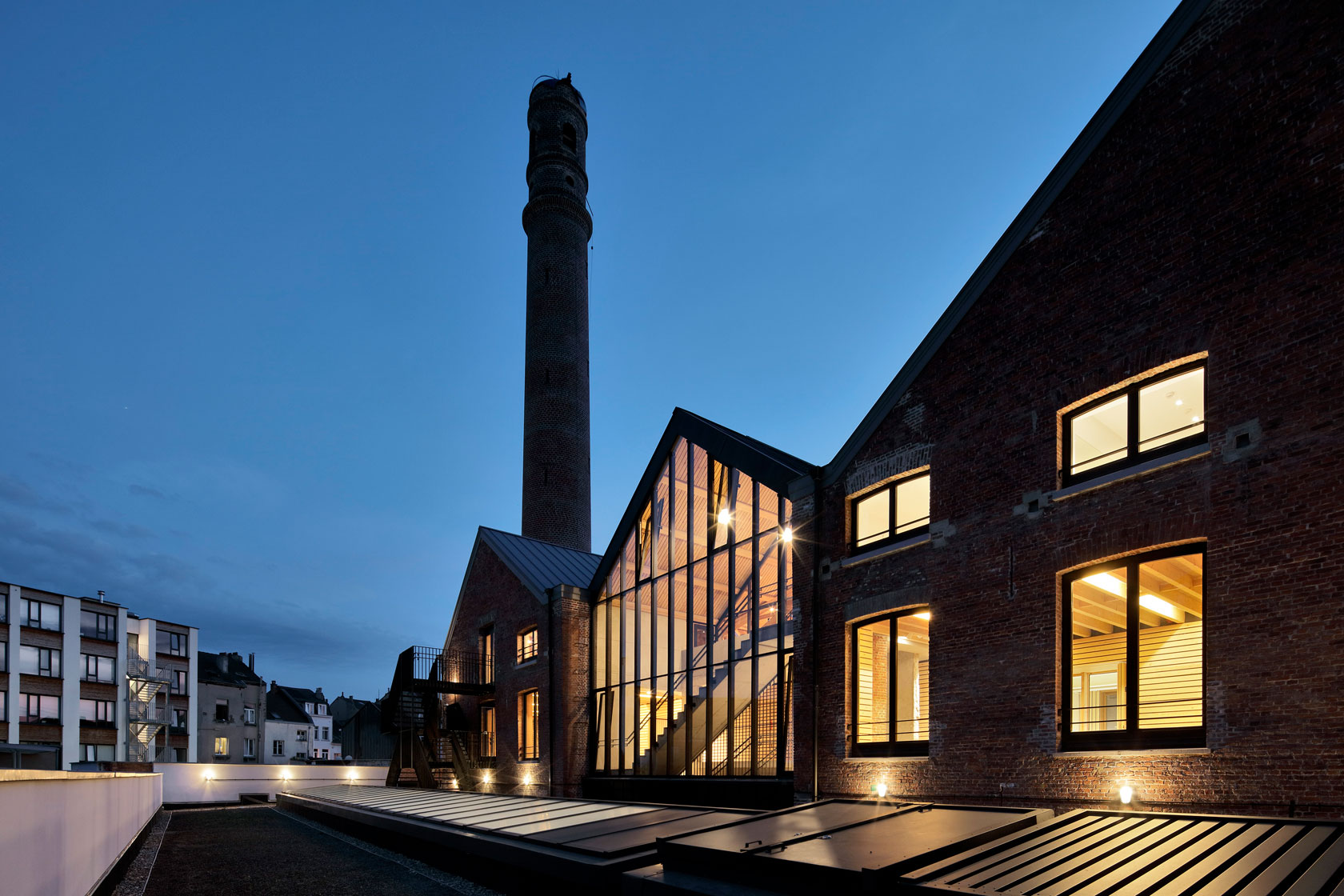 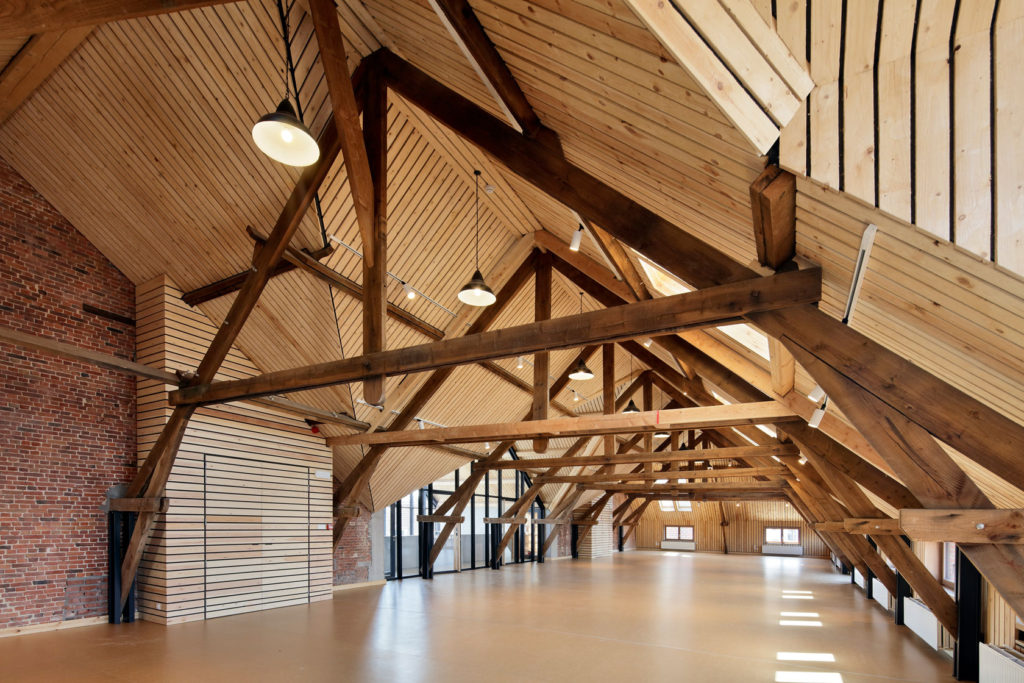 This project concerns the renovation of the whole of the so-called ‘Tour à Plomb’ (shot tower) site, an industrial complex dating from the nineteenth century.
It includes the renovation and transformation, with an increase in volume, of the foundry of the shot tower into a school building combined with a gym hall, a theatre, a library and a multipurpose room for exhibitions and conferences. Every renovation project gives birth to a confrontation. And so the life of constructions evolves through spatial changes, a functional programme and the juxtaposition of a formal idiom that connects contemporary materials with the industrial character of the time.